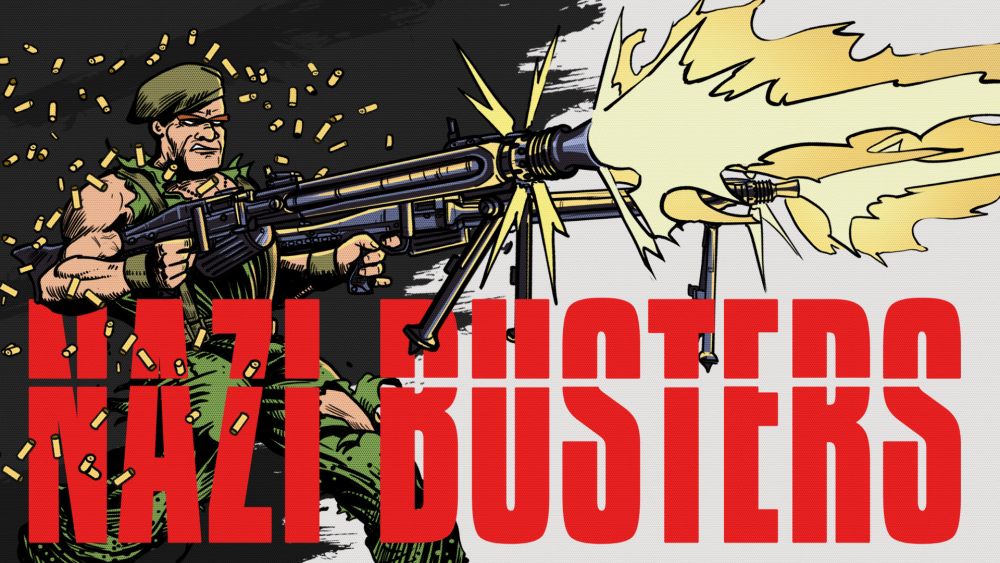 Iron Wolf Studio is proud to present Nazi Busters: a first person shooter depicting in retro style an alternate version of WW2. A dastardly mix of Duke’s off-color jokes and relentless Wolfenstein über-violence is set to receive a playable demo in 2021.

The creators of a highly realistic sim Destroyer: The U-Boat Hunter, are taking a detour and want to present WW2 events with a different spin. Man cannot live by realism alone. Nazi Busters is an FPS game, where Nazi dead bodies mix up with the hero’s one-liners so frequently, that even John Rambo himself would blush.

Nazi hordes are literally dying to eat a hail of bullets from your mighty MG42 or get BBQ’d by your trusty flamethrower. Guten Appetit! And if you really get into a blitzkrieg frenzy, you’ll soon realize that tearing out their pixelated, angular hearts is just as effective, if not even more fun. The arsenal at your disposal wouldn’t be complete without several Nazi experimental weapons, known as Wunderwaffe. Perfektenschlag!

Your objective is as straight as a Luger’s barrel: kill as many Nazis as it’s humanly possible, unearth their miraculous technological wonders and change the course of history… and don’t forget to come back with a thousand Nazi scalps.

What lies in the granite corridors of Nazi bunkers?