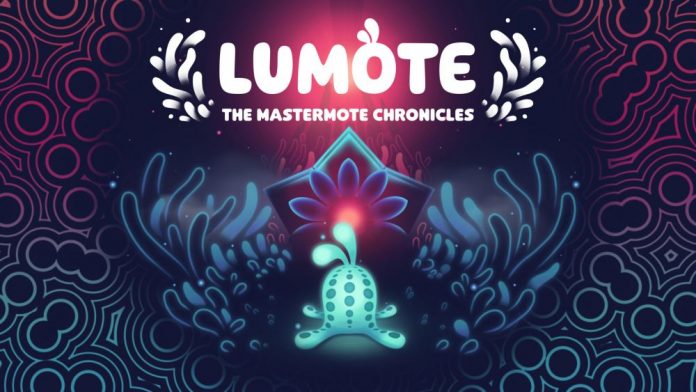 Watford, UK, 8th June, 2022  – Publisher Wired Productions and developer Luminawesome Games Ltd., are proud to celebrate the beautiful 3D puzzle platformer, Lumote: The Mastermote Chronicles, with a brand-new accolades trailer. After launching on April 21st, during PAX East 2022 where Lumote was the star of the show, the adventure has been described as “a Breath of Fresh Air” by AltChar and “a gem for puzzle players” by Game Tyrant. With glowing reviews, Lumote: The Mastermote Chronicles has been positively received from reviewers and players alike.

Created in the original rEngine as a passion project from the developers who worked on Sleeping Dogs, LittleBigPlanet Karting and Need For Speed: Underground, Lumote has squished, bopped and bounced into everyone’s hearts with Thumb Culture giving Lumote: The Mastermote Chronicles a “Platinum Award”. Amassing a score of ‘84’ on Metacritic, with a 97% positive review score on Steam, critics praised the title for its relaxing atmosphere, vibrant aesthetic, and excellent puzzle design.

Lumote: The Mastermote Chronicles sees players squish, bop and bounce through the Great Depths – an aquatic world filled with Motes; bioluminescent creatures who spend their lives deep in the Bioverse, living on the rhythms of an electronica soundscape.

“Thank you to the players and reviewers, who have fallen in love with the adorable (and squishy) Lumote.” Said Neil Broadhead, Head of Marketing at Wired Productions. “We are so proud of the team at Luminawesome Games who have been working on this project since 2015. Lumote: The Mastermote Chronicles is truly deserving of the praise it has received.”

“Thank you to the community for their amazing feedback for Lumote: The Mastermote Chronicles.” Said Kyle Rocha, co-founder at Luminawesome Games. “This has been such a rewarding journey and we are thankful to everyone who has been a part of it.”

The limited physical edition of the game, available on Nintendo Switch and PlayStation 4, contains a double-sided folded poster, reversible inlay, a unique set of stickers featuring the bioluminescent hero, plus a digital download for the Lumote EP, and, if that wasn’t enough, instructions to crochet your very own Lumote! The physical release is available on PlayStation 4 for €19.99 / $19.99 / £15.99 and Nintendo Switch for €29.99 / $29.99 / £24.99, and can be ordered now via the Wired Productions Store.