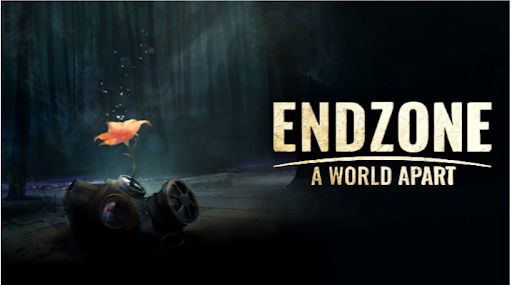 Journey through the world of Endzone, audio style

Wiesbaden, Germany – 18th August 2022. There’s nothing quite like curling up with a good audiobook after successfully surviving the aftermath of nuclear armageddon. That’s why today, Assemble Entertainment and developer GentlyMad Studios, along with EarReality reveal something truly special: an interactive audiobook of the survival city-builder Endzone – A World Apart, available now on every Amazon Alexa device, Browser, or Discord. Titled “Expedition Endzone”, the audiobook allows listeners to experience two different survival stories from the original game as interactive, immersive audio journeys.

In Expedition Endzone, the game mechanics have been expertly translated into audiobook format, engaging both fans of Endzone and new audiences alike. Created in collaboration between Assemble Entertainment and EarReality, the innovative project crafts an interesting and immersive experience that gives listeners the opportunity to “play” the survival city-sim builder off-screen and hands-free.

With over 5,000 positive reviews on Steam, Endzone – A World Apart is Assemble Entertainment’s most successful title to date. Much like its genre peers such as Surviving Mars, Frostpunk, or Surviving the Aftermath, players will use the tools at their disposal to build housing structures, develop a functioning electrical system, and maintain stable water and food supplies. Much unlike its competitors, Endzone – A World Apart won’t see players face off against ghastly ghouls and irradiated monstrosities. Instead, violent weather events—such as sandstorms and drought—seek to destroy.