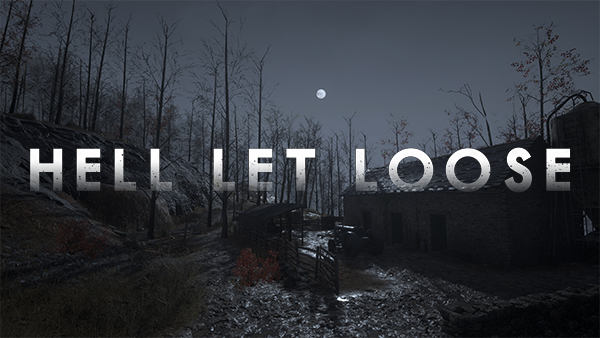 Tuesday, 19th July 2022 – Team17 and Black Matter have today launched Update 12 – Falling Dark – to Hell Let Loose on PC, bringing new experiences to the BAFTA Games nominated online strategic shooter. In addition to a brand-new map, set during the critical Battle of Remagen in Germany, Falling Dark introduces night-time and low light map variants to the game, as well as further Commander abilities, additional vehicles (including the reintroduction of the community favourite Panther tank) the flare gun, and new camouflage for the Tiger tank.

Night is falling on the battlefields of WWII Europe

Falling Dark is the most significant package of new content for Hell Let Loose since December 2021’s ‘Outflank’ Update 11. In addition to the immersive atmosphere of low light and night-time battles across five of the games’ collection of maps, Falling Dark sees Warfare and German Offensive game modes come to the iconic Omaha Beach map, which now also includes spawning points within landing crafts for greater authenticity. The new ‘precision strike’ Commander ability allows each side to call upon aerial support of iconic fighter planes, including the Ju-87 Stuka and P47 Thunderbolt, against entrenched enemies such as tightly knit infantry positions, exposed garrisons, and stationary vehicles, while the new ‘ammo drop’ ability delivers emergency stocks of medical supplies, ammunition, and explosives for soldiers.

Hell Let Loose on PC, as well as Xbox Series X|S and PlayStation®5, will have a free weekend running from 21st to 24th July, with a 33% discount code available for PC purchases, and 30% off the game on both the Microsoft Store and PlayStation Store. For more information on Hell Let Loose like us on Facebook, follow us on Twitter and join us on Discord.

Launching on Nintendo Switch™, Xbox One, and PlayStation®4, alongside...