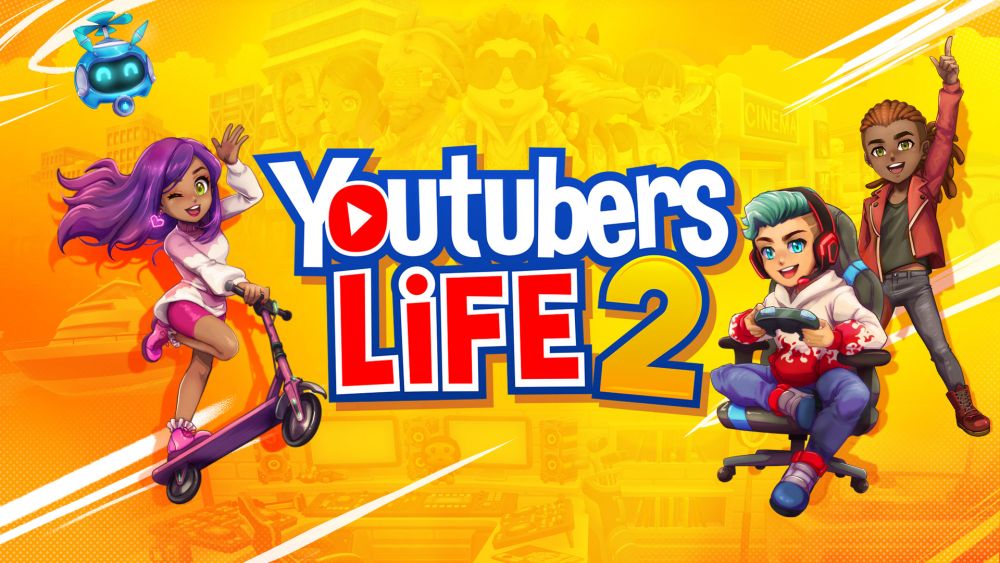 Barcelona, Spain – Tuesday September 7th, 2021: For the past decade, PewDiePie – known as Felix Kjellberg to his friends – has been one of the most popular YouTubers on the planet, with more than 110 million subscribers around the world at last count hanging on his every word, for better or worse.

Who better, then, to pass on the fruits of his wisdom to the next generation of content creators?

Raiser Games and UPLAY Online are excited to announce that PewDiePie will be headlining a cast of real life YouTubers who will all appear in forthcoming content creator simulator Youtubers Life 2. Taking on the role of guardians – or ‘Senpais’, as PewDiePie fans may be more accustomed to hearing – Kjellberg and a cast of 10 YouTubers in total will appear in the game in side-missions, offering players the opportunity to increase their knowledge and experience in specially set challenges.

Also joining the line-up will be Rubius, Paluten, Willyrex, Vegetta777, xFaRgAnx, Crainer, LaurenzSide, InoxTag and GermanLetsPlay. Youtubers Life 2 will offer aspiring content creators the opportunity to live out their YouTube dreams in relative safety when it launches on PC, PlayStation, Xbox, and Nintendo Switch later this year.

According to Sergio de Benito, Marketing Director at Raiser Games,working with some of the world’s most popular YouTubers should give players an example of the responsibility that comes hand in hand with wielding considerable influence.

“Fame is a fickle beast and – like film stars, pop stars, and sports stars before them – YouTubers have spent the last decade finding out that, once you hit the big time, everything you do or say is under the microscope,” says de Benito. “We thought that having real life YouTubers in play was a must for Youtubers Life 2, because they are the only people on the planet who can, with some authenticity, pass on advice based on the highs and lows they’ve both enjoyed and endured whilst in the public eye. They really will be the players’ guardian angels.”

All of the YouTubers will appear in dedicated, specialised side-missions, challenging players to carry out fun tasks increasing their knowledge and experience in the process. They will act as the icing on the Youtubers Life 2’s considerablecake, adding an extra slice of realism to proceedings.

“Starting a channel, growing up, and meeting other youtubers is a unique experience, shown in a very funny way in Youtubers Life 2.” says Willyrex. “It is great to be part of this world and be in the game with my own character and a quest along with Vegetta, Rubius and Fargan!”

One of the best things of being a youtuber is participating in projects like youtubers life 2 and that they have counted on me to have my own avatar and participate in this great game.” says Vegetta777. “And also with my own quest together with a great team! I hope you love it! I really want to try it.”

In Youtubers Life 2 you will be able to: –

Raiser Gamers and UPLAY Online will have more to announce regarding Youtubers Life 2’s forthcoming launches in the months ahead.