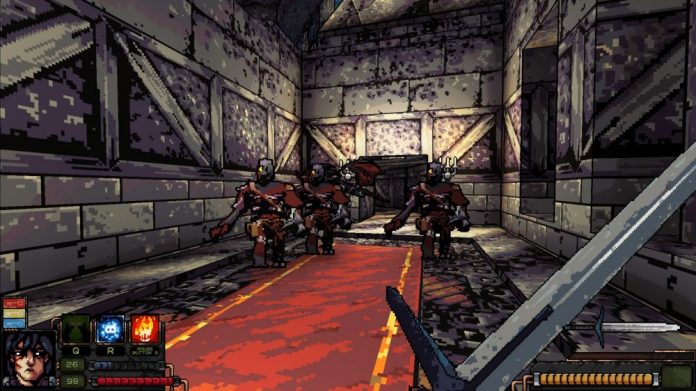 In Project Warlock II players step into the shoes of Palmer and need to defend their home castle from an onslaught of invading demons. They’ll have an arsenal of upgradeable swords, guns, magical staffs, cannons, and special skills at their disposal. Palmer is but only the first of the three Warlocks that will be featured in the game, with Urd and Kirsten’s chapters to be introduced over the coming months.

The first single-player chapter of Project Warlock II consists of 6 massive, sprawling levels up to 10 times bigger than any individual level in the original game. The game’s world evolved into vertical, three-dimensional, multi-floored structures, platforms, and buildings that literally elevate the gameplay.

Early Access of Project Warlock II is planned for about 1 year. The developers will gather feedback and refine gameplay while working on the remaining two chapters of the game.