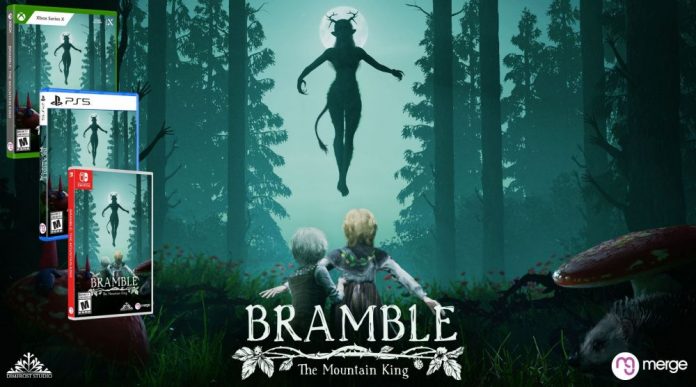 Bramble: The Mountain King’ draws on the powerful creatures and rich fables of Nordic myth to spin a unique tale of one boy’s courage in the face of sinister creatures and maddening darkness.

The game has received overwhelming support from players, pushing it to the top trending title worldwide on YouTube over Halloween weekend, and seeing more players immersing themselves in the dark and sodden world of Bramble through the demo each day.

Take on the role of Olle, a young but brave boy, called by fate to adventure through the unsettling yet stunning environments of Bramble to rescue his sister from the clutches of beasts.

Dwarfed by the sprawling world around him, navigate a sinister world of monstrous beasts and the contagious dark of the woods. Decipher friend from foe on a hair-raising journey of suspense and survival… you can save your sister, but can you save yourself?

Bramble: The Mountain King is in development by Dimfrost Studio and will be published by Merge Games. The game is scheduled to release in 2023 for PC and consoles. Fans can Wishlist nowon Steam.

Revisit a rotten world as the Striver of Dibrom from critically acclaimed ARPG ‘Morbid:...

Zombies, deliveries, kingdoms and… trash. 4 Steam Next Fest demos from Games Operators have them all

Steam Next Fest begins on Feb 6th – from that...

Join friends or venture solo into the thriving deep...