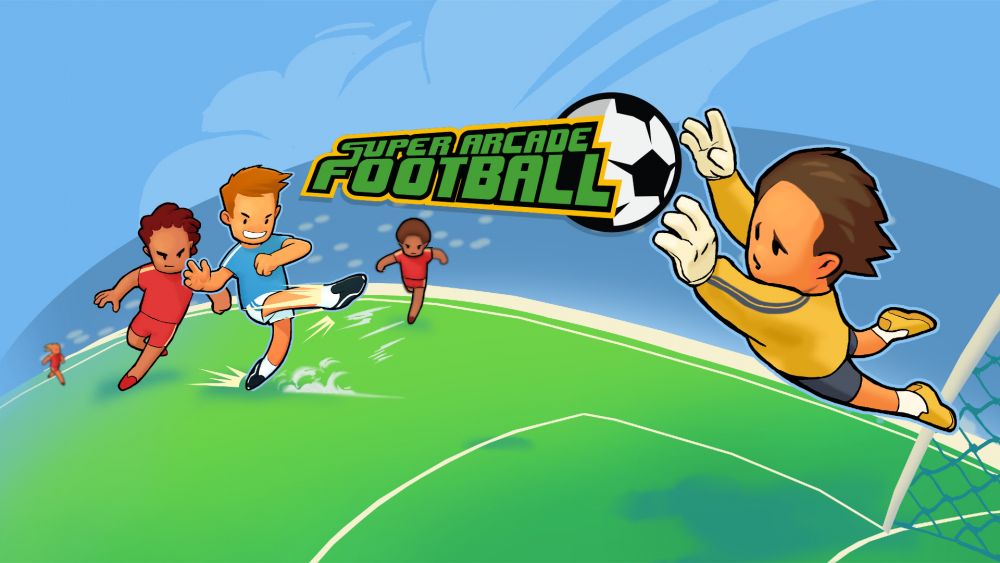 Cross-play allows Nintendo Switch players to kick off with others on PC and mobile.

Wimbledon, UK – September 20th, 2021 – OutOfTheBit announces that Super Arcade Football has arrived on Nintendo Switch today. With this latest launch players will have a hat trick of platforms to choose from as they enjoy the fast-paced, modern take on classic football games across Steam, Nintendo Switch, and mobile devices.

Super Arcade Football takes players back to an era of togetherness, allowing for up to four players to enjoy couch co-op local play. Players can also test their skills against the computer, if they want to refine their skills alone. Match modifiers keep players on their toes and can be as traditional as changing the size of the goal and game speed, or as flustering as destructive meteorites and slippery oil.

Along with quick matches, players can experience an entire Story Mode set in the same universe as OutOfTheBit’s smash hit Super Arcade Racing. Custom tournaments, featuring a number of pitches, weather conditions and more, are as fun as they are satisfying to win; but beware, the different environments affect each match in unique ways.

Fans of retro gaming are in for another treat as Barry Leitch has provided the soundtrack for Super Arcade Football, having worked on titles such as Lotus Turbo Challenge 2 and Horizon Chase Turbo. Leitch created the soundtrack in .MOD format, a file format found on Amiga computers from the 1990s, for an added old school touch.

Super Arcade Football is available for $9.99/£9.99/€9.99 on Steam and Nintendo Switch but right now there’s a 50% sale on Nintendo Switch, giving players even better value for money to celebrate the launch. Whichever platform players kick off on, cross-play allows them to enjoy competition against all other platforms.