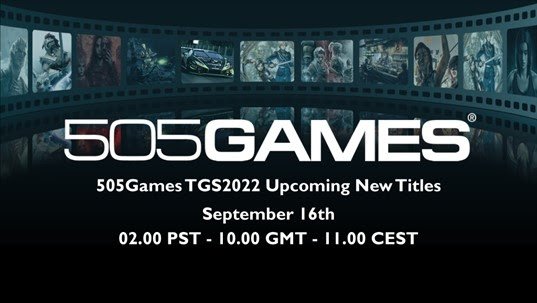 Written and directed by Paul Raschid, one of the most prolific live-action video game / interactive film creatives, The Gallery is a thrilling combination of hostage thriller and social drama with a dash of world film festival cinema aesthetic. Two Decades. Two identities. It’s going to take everything you’ve got to survive the night.

The Gallery has been created to engage both gamers and interactive film fans with its blend of high production values, stellar cast and a nuanced script depicting the games’ two time periods – 1981 and 2021 – both of which are of considerable political, social and cultural significance in UK history.

The game comprises 5 hours of content with 150 branches and 18 different endings.

Watch the official trailer for The Gallery here

Asked about the genesis of The Gallery;

Paul Raschid said “Funnily enough, the premise came to me in a dream back in 2016! I wrote the script as a traditional, linear film but I ended up focusing on other projects. After I had entered the interactive space and made ‘The Complex’, ‘Five Dates’ and ‘Deathtrap Dungeon: The Golden Room’, I felt so empowered by the format that I looked back at other scripts I could ‘interactivate’ – it was a no-brainer to return to ‘The Gallery’.

Asked what challenges they had faced;

Paul said “We had planned to shoot in 2020 but like all independently financed productions we came to a halt due to Covid. Thankfully the UK government announced a Production Insurance Scheme to cover Covid, so we kept things ticking over until it was implemented in late September 2020. We could finally tell cast and crew we were green-lit to start in February 2021 at Stephens House & Gardens in Finchley, London.

The production itself was ambitious – we shot 5 hours-worth of content in 6 weeks (3 weeks on the 1981 narrative and 3 weeks on the 2021 narrative). Logistically, this was a pace at which I have become accustomed to shooting on all my projects. It was made possible by having a supremely talented and experienced cast & crew who brought their A game every single day. However, the new challenge that none of us had much experience with, was of course: Covid. At the time of shooting, the UK was in the middle of another wave and we were in a full lockdown. So, my biggest challenge was navigating 6 weeks of uncertainty weighing down on all our plans. Going into work every day, not knowing whether we would have a positive case and need to shut down, ratcheted up the pressure to a level I had not experienced before… but lady luck was smiling and we didn’t lose a single day to Covid interruption. It was a miracle and a tribute to our cast, crew & support team sticking to the protocols so stringently.”

Asked about their experience making The Gallery;

George Blagden said “Working on The Gallery was one of the most rewarding experiences I have ever had as an actor.  The entire team felt completely committed to delivering a monster of a project – a 400 page mountain of creativity from the mind of Paul Raschid.  This commitment meant that you felt completely supported as an actor to just play, and be brave and bold with the choices you made.  This is what you always aim for as an actor, but rarely do you feel so enabled to do this.  Paul and his team made the process of making The Gallery the perfect combination – working on something extremely challenging, whilst always remembering to have fun doing what we do.  The whole experience was so rewarding because of it.”

Anna Popplewell said “ I am absolutely in awe of Paul- I don’t really know how he was able to hold so many varying strands of the same story in his head whilst we shot at such breakneck pace. He was incredibly diligent and so well prepared for the shoot. I’m very grateful to him for how open he was to George and my questions and suggestions, and how supportive he was of us on set. He knew exactly what he needed from each day and yet still found space and time to let us try things or discover new notes and beats. The Gallery just felt like such an adventure of a shoot. Each morning I would look at the 21 pages we were meant to film that day with a bunch of stunts and explosions and props and Covid precautions and moving parts and various cast popping in and out of different setups, and think: ‘this is not possible’. And then at the end of the day we would somehow have done it. It was difficult, but there was this amazing sense that the cast and crew were all in it together, and that was really special- the teamwork.”

The interactive authoring for The Gallery was provided by Stornaway.io. The Unity game engine build and porting  was undertaken by Aviary.